For many years, spider silk has won the prize for being Earth’s strongest material, but no more. The teeth of the common limpet, a sea snail, beat out the silky stuff, being tougher than kevlar and stronger than spider silk.

The common limpet is a well-known seashore species . It has a conical shell, the outer surface of which is greyish-white. Shells situated higher up on the shore tend to have taller shells than those on the lower shore (3). The underside of the muscular ‘foot’ on which the limpet moves around is yellow, orange or brown and often has a green or greyish tint . 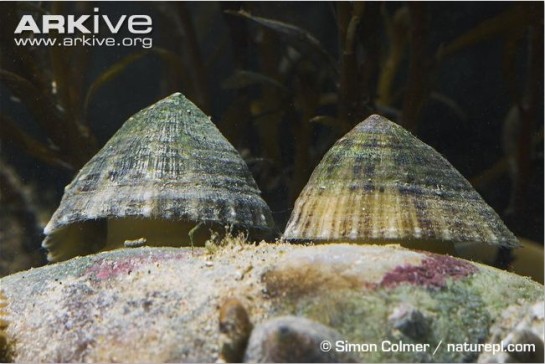 Common limpets begin their life as males, becoming sexually mature at around 9 months of age. Most individuals undergo a sex change, typically becoming female at 2 or 3 years of age, although some remain as males (3). Spawning takes place once a year, usually from October to December, although the timing varies around the British Isles 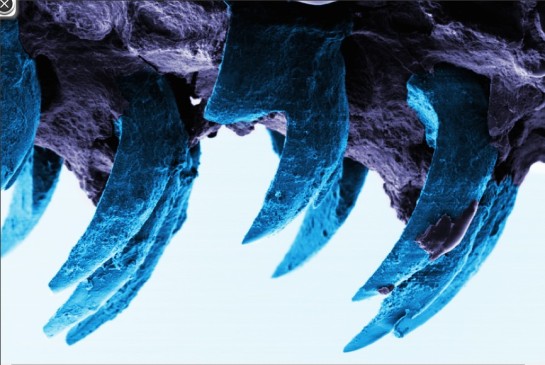