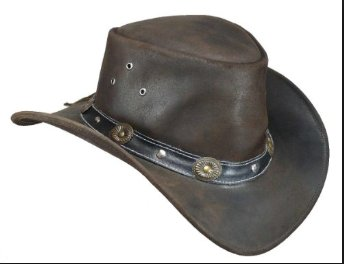 I used to wear a Navy watch cap, navy blue of course, or black. As a longhair, from the San Francisco bay area, growing up in the good old days, I wore a watch cap. Bandanas were too much like a poster or billboard, pointing me out in a crowd. The watch cap didn’t get blown off of my head whenever the wind blew, and it kept my long locks from blowing into my face.

That was probably the main reason for me, to wear a hat. I didn’t like my hair getting in my face. Right off the bat, you are saying to yourself, ” just cut your damn hair then “. I have cut my hair 3 times in 45 years, and I don’t plan on doing that any time soon. If you were as ugly as I, you would do whatever it took to look better.

” Well, why do you keep your hair long if it drives you nuts? ” you ask. Because it’s the best feature I have. I inherited my mother’s beautiful thick, wavy hair, and without it my ears stick out to the sides, similar to Dumbo the elephant. In a heavy wind I could probably fly without my hair keeping them ears under control.

So to keep a long story long, I wore a Navy watch cap for something like 40 years. My trademark so to speak. The only problem with that watch cap was, it seemed to draw attention to me in a negative way. Everywhere I went, cops would single me out, even when I was being perfectly legal.

It was me, I know. If a cop had someone pulled over and I drove past, he would let the other people go, and take off after me. Some of that was because I tended to drive beater cars. I could keep junk running for quite a while, and a hundred-dollar car was lots cheaper than a thousand dollar car. The old cars were easier to work on too.

So now you’re asking what all that has to do with a hat. I’ll tell you. In 2007, some friends came by my place. My place wasn’t where you could just be driving by, so you decide to stop. I lived 3 miles out a logging road, and you had to be going there to get there.

One of those friends was sporting a brand new Australian Bush & City hat. He was really proud of it, and I’m sure it cost him $50 or $60. I’m sure he couldn’t really afford to spend that kind of money for a hat, but he did. So my friends visited for a few hours, and when they decided to go, the hat was left behind.

I didn’t notice for weeks, the brand new hat sitting on top of the piano. The piano was a clutter spot, for all kinds of junk. A couple of months went by, and the hat was still there gathering dust. I thought about bringing it to Fred, being his and all, but never managed to remember it. I did tell him it was there.

I left it there for a year, always forgetting to bring it to him, and he never came back to get it. In 2008 the brand new Australian Bush & City hat was still there, so I tried it on. It fit like it was meant to be worn by me, so I started to wear it. I took it off when I went by his place, so it wouldn’t be obvious, I was now wearing his hat.

I forgot to take it off the last few times I visited, and no one ever said anything about it, so I figured it was mine now. Since that time, 7 1/2 years ago, I’ve only been pulled over by the police 3 times, and never harassed at all. Not about driving junk, nor about looking creepy, or out-of-place, or anything at all.

I put that hat on now, whenever I leave the house. When I see a cop while driving down the road, they still look me over with scrutiny, but they never pull me over anymore. All they see is a cowboy, or rancher. Not a hippy with long hair, and an ugly rig. All they see is the hat!