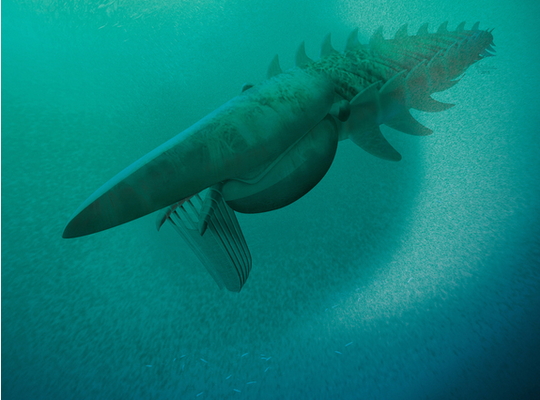 Photos_ Ancient Sea Monster Was One of Largest Arthropods

A remarkably well-preserved fossil of a 480-million-year-old sea monster is helping researchers understand the evolution of arthropods. The creature, an anomalocaridid, has not one but two sets of legs on each of its body segments, showing that it’s an ancestor of modern-day arthropods, which include arachnids, insects and crustaceans. [Read the full story on the ancient anomalocaridid found in modern-day Morocco]

Side view with dorsal fins sticking up 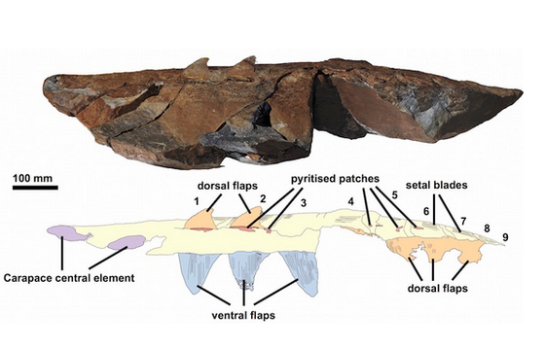 Photos_ Ancient Sea Monster Was One of Largest Arthropods- Fossil

Here’s an illustration of the anomalocaridid (Aegirocassis benmoulae), a giant filter feeder that ate plankton and lived in the Early Ordovician period about 480 million years ago. The animal measured about 7 feet (2 meters) long, and is one of the largest arthropods that ever lived.
http://www.livescience.com/50112-anomalocaridid-detailed-fossil.html