A home built into a rocky hillside in Nazareth, Jesus’ hometown, was regarded as the place where Jesus was brought up by Mary and Joseph. Archaeologists can’t say this structure was indeed Jesus’ home, but that is possible, they say. Here are images of the archaeological remains. [Read the full story on the first-century house in Nazareth]

People in the Middle Ages believed Jesus grew up in this first-century house in Nazareth, according to research.

The house seen here is one of two houses in Nazareth that date to the first century AD. Research reveals that people in the Middle Ages believed that Jesus grew up in this home. Centuries after Jesus’s time the house was decorated with mosaics and a church was built over it. The house was discovered in the 1880’s by the nuns of the Sisters of Nazareth convent. More recently the Nazareth Archaeological Project has been conducting work at the site. (Photo copyright Ken Dark.) 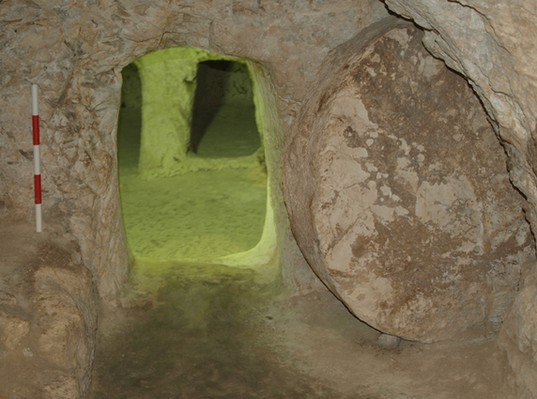 After the house was abandoned the area was used for quarrying. Then, later in the first century, two tombs were built beside it. The forecourt of the tomb seen here cuts through the abandoned home. Today archaeologists know that this tomb was built sometime after the house was abandoned. However in the Middle Ages people thought that this tomb belonged to Joseph, the husband of the Virgin Mary. It was decorated with mosaics and venerated along with the house. (Photo copyright Ken Dark.) 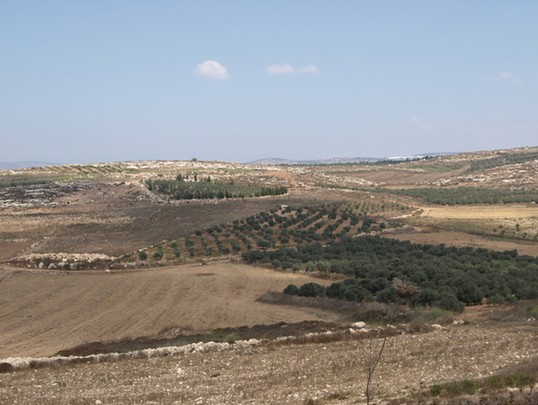 The Nazareth Archaeological Project (which ran from 2004-2010) surveyed the hinterland of Nazareth, investigating a wide valley called Nahal Zippori, which is seen here. The archaeologists discovered several new sites which date to the early period of Roman rule. Archaeologists found that Nazareth, and the sites near it, had more locally made pottery as well as limestone vessels allowed under Jewish purity laws. The archaeologists found that sites closer to the town of Sepphoris had more imported pottery. (Photo copyright Ken Dark.)

A city of rebels

A city of rebels

A scene from Nazareth, Israel.
It appears that during the first century A.D. Nazareth, and its environs, was a conservative Jewish community that rejected Roman culture. Sepphoris, on the other hand, was more willing to embrace Roman culture including its imported goods. This image shows modern-day Nazareth.

The Basilica of Annunciation in Nazareth, Israel.
Today archaeologists know of two houses at Nazareth that date to the first century AD. One was discovered by the nuns in the 1880’s and people in the Middle Ages believed that it was the home where Jesus grew up. The second house was discovered in 2009 during a rescue operation carried out by Israel Antiquities Authority archaeologists. Both houses are located near the Basilica of the Annunciation seen here.

A number of water sources, which would have been accessed in ancient times, have also been found at Nazareth. This image shows a particularly famous source known today as “Mary’s Spring.” This image shows how it looked in 1916. (Image in public domain, courtesy Wikimedia Commons.)