Brand-New Island Off Tonga Looks Dazzling In Its First Photos 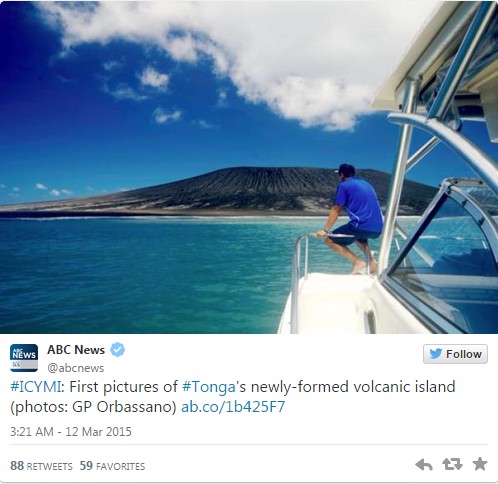 Three Tonga locals took the trip of a lifetime on Saturday when they explored a brand-new volcanic island. The mile-long oasis off the coast of Tonga formed about two months ago after an eruption from an underwater volcano. 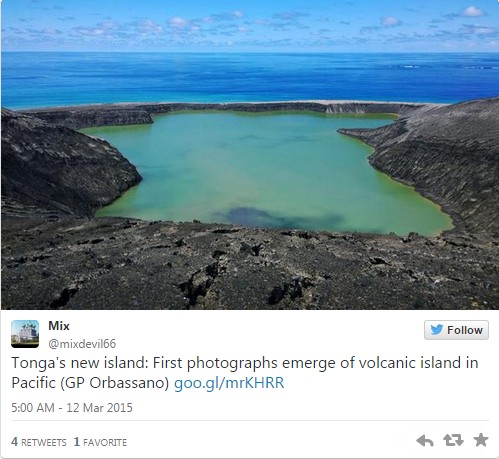 Scientists say it’s extremely hazardous to visit the new island, but that didn’t keep curious locals away. They traversed the volcanic surface, which is reportedly still hot with magma fragments. There’s a crater, a lake and seabirds laying eggs, local GP Orbassano told a regional newspaper.

The island is unnamed and is expected to erode into the ocean within a few months, but Orbassano thinks there’s potential for tourist visits.